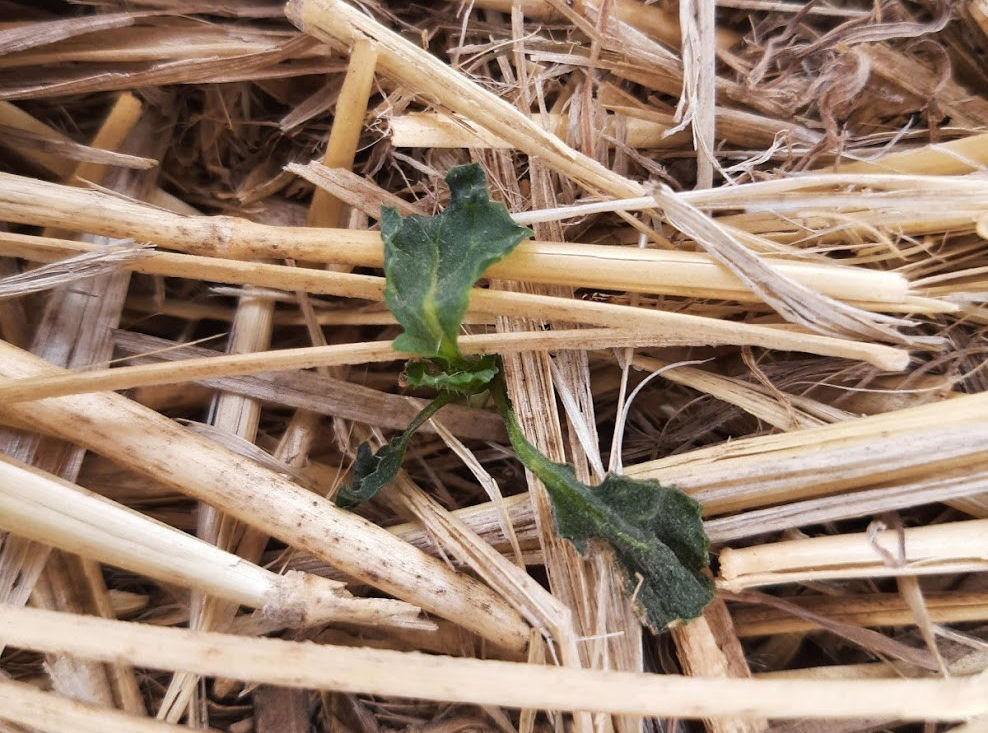 Both winter and spring canola can fall prey to a variety of abiotic stress. Canola is most vulnerable to abiotic stress in the seedling stage. Dry and cold seed beds can reduce emergence and increase the vulnerability of canola to biotic attack. In addition to the seedling conditions that can plague both winter and spring canola, winter canola is vulnerable to winter kill during the rosette stage. A careful selection of seeding depth, time, and rate can negate the perils of abiotic stresses in many conditions. 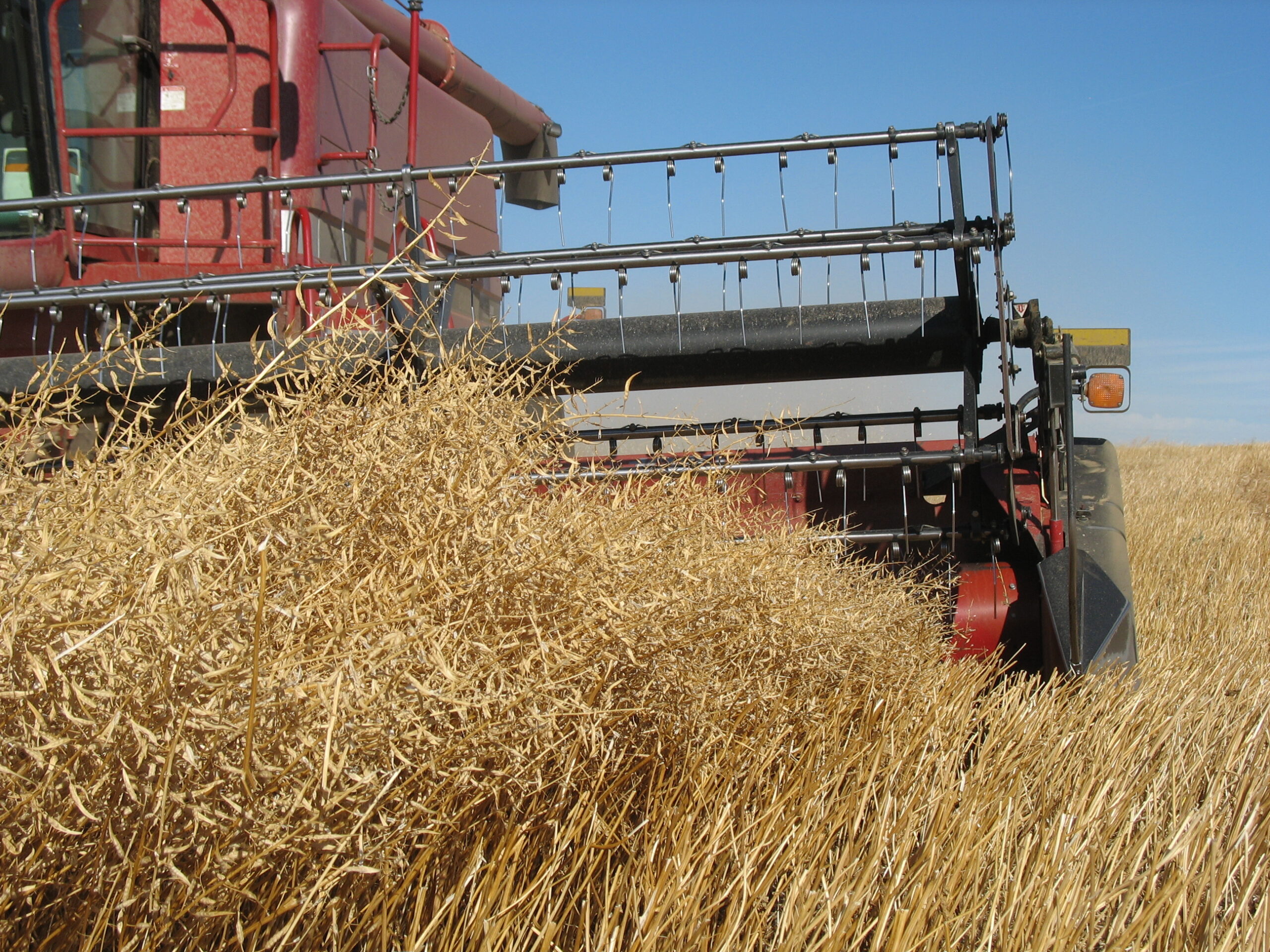 Canola is prone to seed loss during harvest. Canola seed pods can shatter in the wind prior to harvest or be shatter upon contact with the combines real. Additionally, canola seeds are light and can easily be blown out the back for the combine. To avoid pre-harvest shatter swathing, pushing, and pod stick agents can be applied. During harvest proper combine settings are essential to preventing seed loss.

Canola seeds are much small than most other crops regularly grown in the dryland production systems in Washington. Canola prefers to be seeded at shallow depths and into good moisture. In the case of winter canola, the combined moisture and depth requirements maybe difficult to achieve as the soil profile begins to dry down over the course of the summer. The small size of canola seeds may also present equipment challenges as not all drills can achieve the low volumes ideal in canola production. There is also a substantial variation in seed size between different varieties of canola. Because of the variation in seed size, canola should be planted on a number of seeds per acre basis rather than a pounds per acre basis. 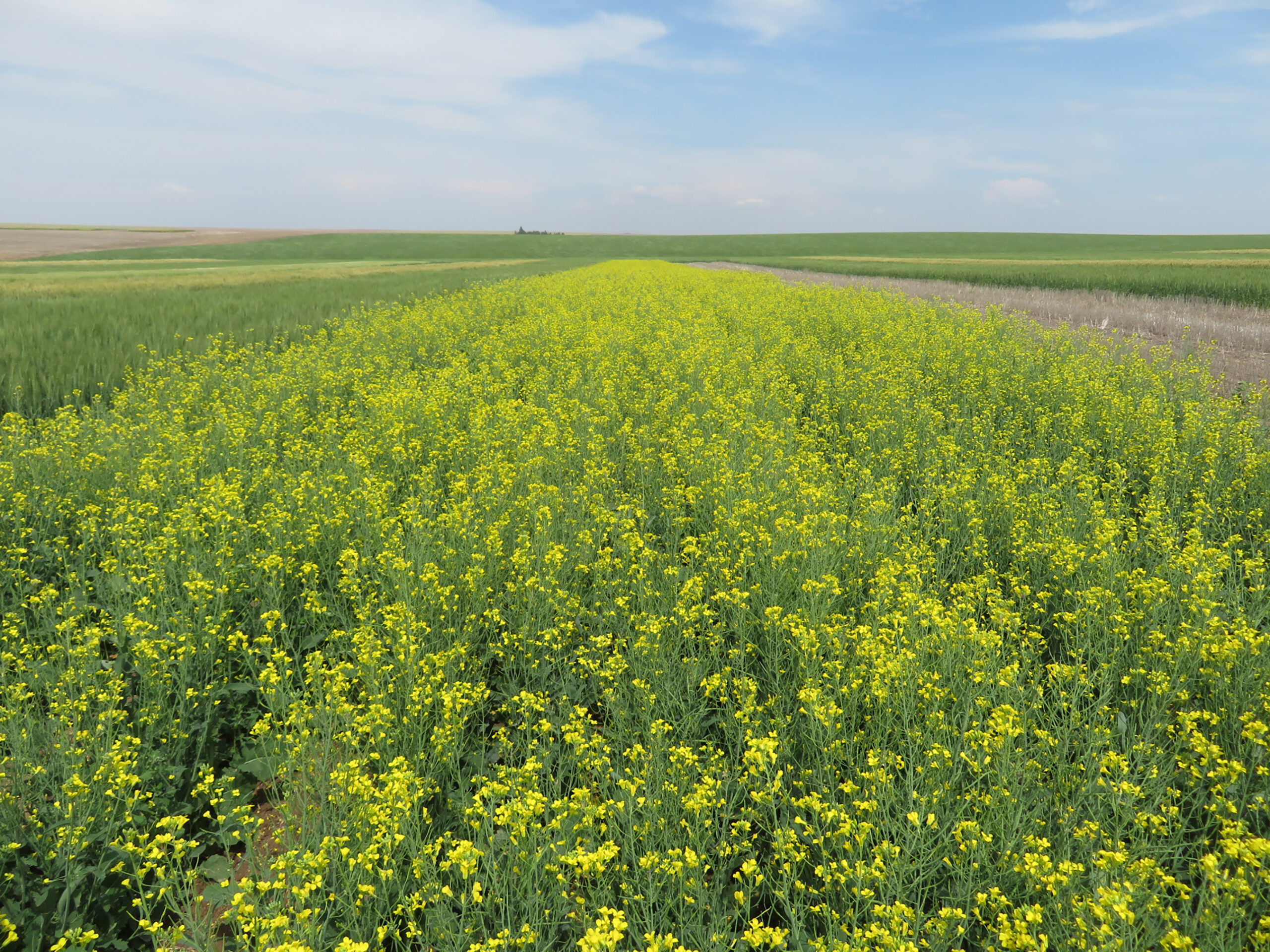 Canola is considered the most promising oilseed crop for diversifying wheat-based cropping systems in the Inland PNW. Acreage planted to canola in the Inland PNW has increased each year for the past 15 years. Canola serves as a break or non-host crop for many important soilborne pathogens of wheat and helps farmers control weeds. Most studies in the literature report that canola has a positive effective on subsequent wheat yield Degree of influence on soil biological properties and crop productivity is, however, crop specific.
Long term cropping systems studies on wheat performance when canola was the previous crop have been conducted near Reardan and Ritzville, WA. Results show that wheat after canola generally has significantly less grain yield compared to wheat after wheat. Analysis of surface soils sampled every year revealed that canola led to decreased microbial biomass compared to wheat. Notably, mycorrhizal fungi and other fungi were reduced following canola. Canola is not a host of mycorrhizal fungi. Declines in viable microbial biomass could interrupt key microbial processes related to nutrient and water acquisition essential for optimal crop productivity.
DNA has been extracted from soil samples collected in 2020 and 2021 at the Ritzville site and will be analyzed for bacterial and fungal communities to identify differences following canola vs wheat. This will complement the phospholipid fatty acid analysis which is concurrently underway. The goal is to understand how canola may impact soil health, both positively and negatively. By understanding the cause of this phenomenon, we can understand the conditions under which it is a problem and possibly how it can be mitigated.